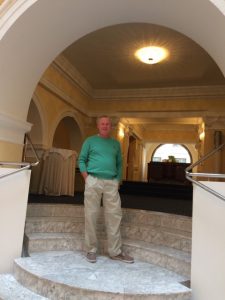 I have been hunting and trialing spaniels for approximately 40 years. For the last 11years I have been judging both cockers and springers in that time I have made up 2 field trial champions, Skrondale Glaris and Turnemout Shilo . I have been lucky in that time to have won and been placed in a lot of novice and open trials I have also qualified and run in 4 Irish Kennel club Championships. I am at present running and winning with 2 cockers. Add to this I am also secretary of the English Springer Spaniel club of Ireland 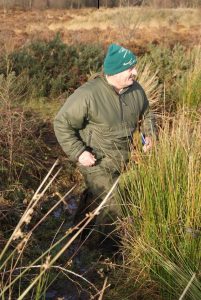 Mark Stewart from Donegal in the north of Ireland. Mark has been involved in field sports for over 30 years, and has been running Spaniels for 20 years having competed at the championships more than10 times and gaining awards with a number of dogs. Mark has owned bred and handled both cockers and springer spaniels to win trials and has competed every year since getting his first dog IFTCH Kristys Moor a very consistent campaigner who won more than 50 awards including 7 trials. He has represented Ireland at international level winning top spaniel on a couple of occasions .
Mark sits on the committee of the Donegal working spaniel club and is currently chairman of the Foyle valley working cocker club he is also one of the founding members of the Northern working cocker club, both these clubs are responsible for a resurgence of interest in cocker trials in Ireland and just before coming to this years championship here in Sweden it has been confirmed that there will be an Irish cocker championship in 2019.
Mark has judged all over the UK and Ireland as well as Denmark and Sweden
When not competing there is nothing more I enjoy than to shoot over spaniels especially on the hills and bogs around the Donegal hills where I live .
Mark is honoured to have been invited to judge the Swedish championship and wishes all competitors the best of luck and would like to extend his thanks all those who have made me feel very welcome when coming to Sweden including Catharina Mette and Tjorbjorn.