I live in Leicestershire and have been involved with shooting and dogs from a very early age. Starting with terriers at the side of my father, my interests moved to spaniels and then I became involved with the East Midlands Gundog Club. Here I competed in a novice and open working test and won them both on the same day with Bracken Snaffle. I came second in my first field trial which was the start of my passion for trialing. I have since made three dogs up to FTCH status, Bracken Snaffle, Twilight Mist and Badger of the Valley. I have also won many other trials and awards with other dogs. Badger of the Valley has won seven open stakes and has qualified on 6 consecutive occasions for the English Springer Championships and been awarded 5 diplomas and also came fourth in the Irish Championships. I have represented the English Gun Dog Team on three separate occasions at the Irish Game Fair. I have been an active member of the Spaniel Club Committee and have judged in Ireland and Russia and also recently have judged the English Springer Championships in Dunira, Perthshire. It gives me great pleasure to be judging this years Swedish Championships. 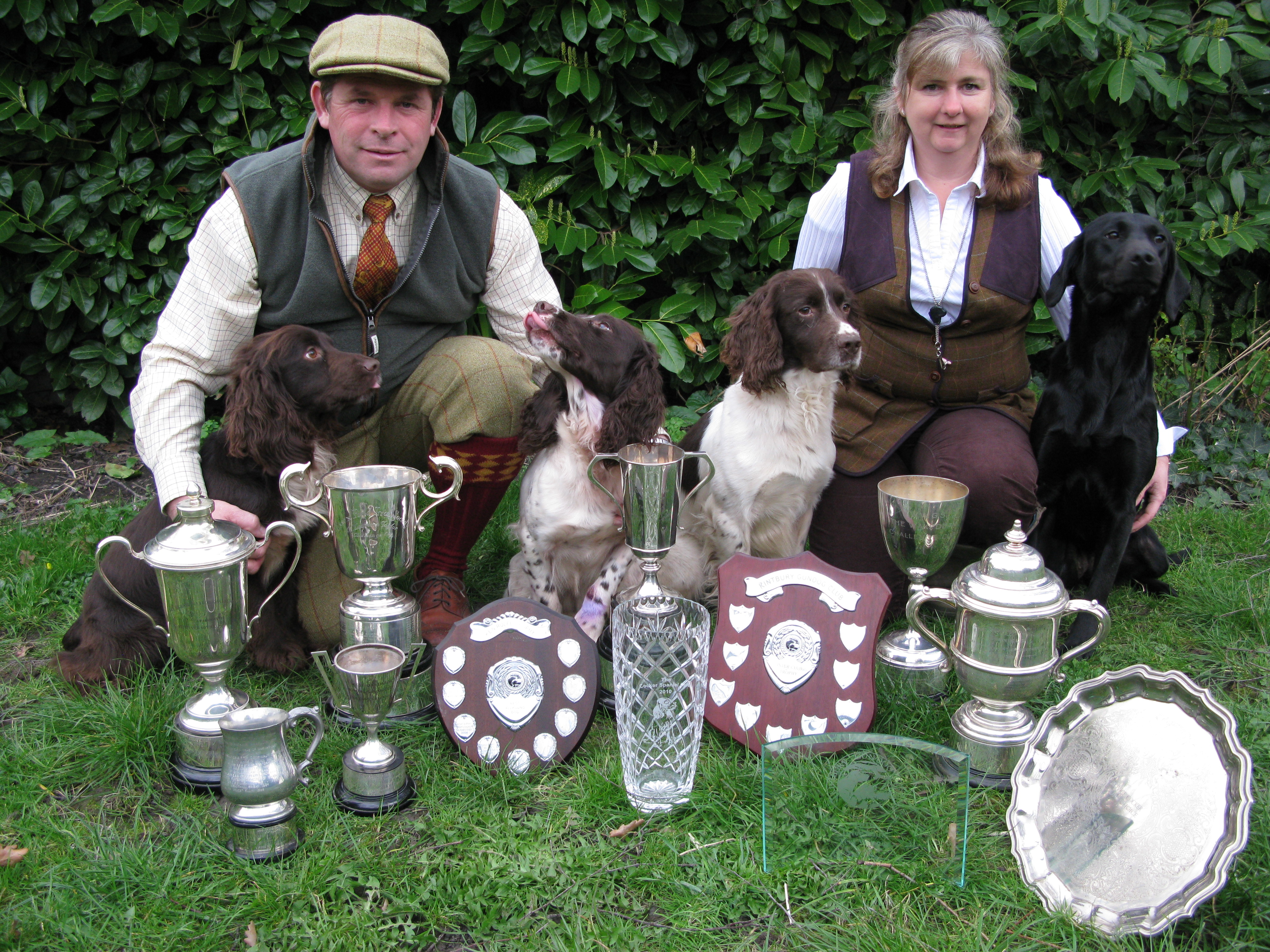 ”I have been involved in breeding, training and trialing gundogs for a long time. An interest from an early age was sparked by watching a poacher with his scruffy spaniels shooting pigeons and pheasants on a local farm. Since then I have bred and trained Springers, Cockers and Labradors to not only win field trials but also as general shooting dogs. I have also helped many people to achieve their goals in training and trialing their dogs successfully.

I have bred, trained and made up to FTCH my own English Springer Spaniel bitch FTCH Woodash Ignition who is the daughter of our FTCH Halaze Layla of Woodash. Layla is the sister to our OpenFTW Halaze Oh Boy of Woodash. Ignition and Oh Boy were both sired by Chris Thurston’s outstanding dog ’Monty’ FTCH Misselchalke Lad of Halaze.

Ignition, Layla and Oh Boy all go back to our foundation bitch FTW Flintwood Georgie Girl.

In recent years I have been concentrating on Cockers and made up to FTCH our own bred FTCH Woodash Quaver. Quaver qualified for the Cocker Championships and was awarded a Diploma of Merit. Last season I also won with a young cocker dog FTW Chyknell Warbler of Woodash on his second time out. I am looking forward to running Quaver again this year along with her daughter, Woodash Bee Bop A Lula who will be my Novice dog for this coming season.

We are proud to have bred a Cocker, two Springers and a Labrador that have qualified and run at the 3 British Championships, namely FTCH Woodash Quaver (Cocker), FTCH Woodash Ignition and her daughter FTCH Woodash Akiki of Halaze (Springers) and Open FTW Woodash Sky of Valleyend (Labrador).

I have had the honour of judging the British Cocker Championship, Swedish Championship, Danish Championship and have been invited to judge this years English Springer Spaniel Championship. I have also been involved with setting the Home International Spaniel Test at the CLA Game Fair at Blenheim for a number of years which is a real challenge, but thoroughly enjoyable.